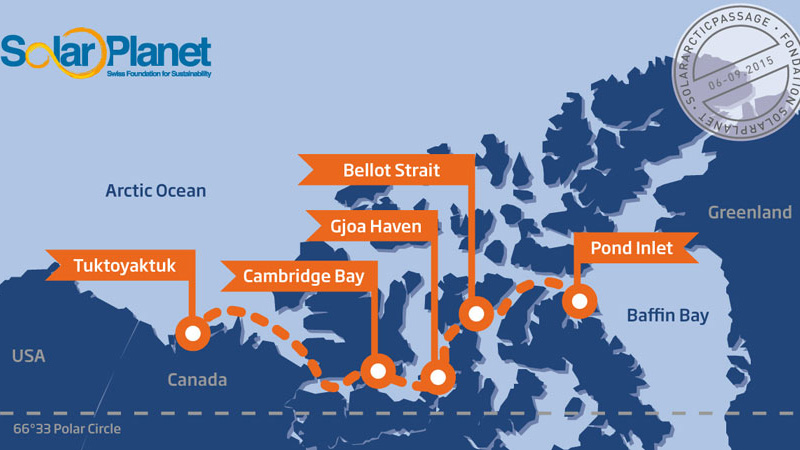 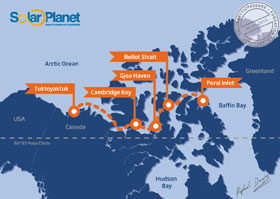 Raphaël Domjan has an ambitious plan. This summer, the eco-adventurer intends to travel the Northwest Passage from the Pacific to the Atlantic with an electric kayak – propelled by an Ultralight 403 from Torqeedo.

Domjan hit the international headlines back in May 2012. The Swiss engineer circumnavigated the earth for the first time in a solar-propelled catamaran, "Planet Solar". His latest goal is to master the Northwest Passage. Domjan, who will be accompanied by the kayak-adventurer Anne Quéméré, faces a journey of more than 3,000 kilometres. It will be the first solar expedition through the legendary Northwest Passage. The 43-year-old's expedition, "SolarArcticPassage", will take the route discovered by Norwegian explorer Roald Amundsen in 1895.

The goal is 100 kilometres a day

Why a solar expedition to the Arctic, of all places? Sunlight is less intense there than at any other place on earth. But that is exactly why Domjan will conduct the expedition, to demonstrate that solar-electric-powered mobility is possible anywhere on earth. Despite the difficulties, the Arctic offers one important advantage – during the summer the Arctic Circle remains light for over 20 hours a day. The solar energy gained from the small surface of the kayak nevertheless remains extremely precious.

That is why Domjan has chosen the lightweight and highly efficient Ultralight 403 drive system from Starnberg’s high-tech manufacturer Torqeedo. Weighing just seven kilogrammes including battery, the Ultralight is the world's lightest outboard in serial production. In addition, it converts limited energy supply into propulsive power extremely efficiently. The "SolarArcticPassage" expedition will get underway in June 2015. Raphaël Domjan intends to cover up to 100 kilometres a day with his electric-powered kayak. The photovoltaic modules mounted on the kayak will feed the Ultralight's lithium batteries which will, in turn, supply the motor with its energy.

Through a labyrinth of ice

The starting point for the solar expedition is the small Canadian settlement of Tuktoyaktuk. The adventurers will face an inhospitable 3,000 kilometre journey. Even in the summer months, temperatures struggle to reach the freezing point and are accompanied by rain and snow. Icebergs and ice floes risk damage to the kayak and motor and the area is home to polar bears. Domjan will manoeuvre his kayak through this labyrinth of ice for approximately 14 hours a day – an enormous challenge. If he succeeds, he will be the first person to traverse the Northwest Passage in an electric-powered kayak when he reaches the settlement at Pond Inlet in September, 2015.