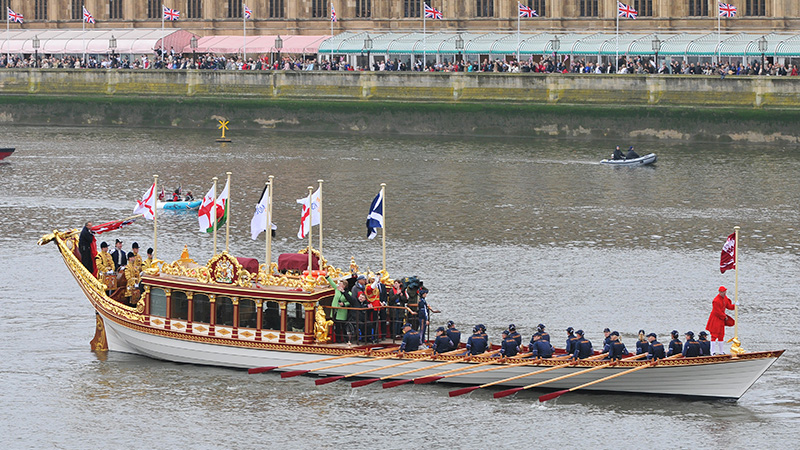 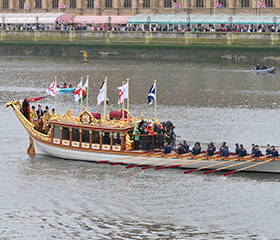 Torqeedo, the market leader in the fast-growing marine electric propulsion industry, has been selected to provide the auxiliary propulsion system for The Queen’s Rowbarge, Gloriana.

The company was approached in 2016 to open discussions about re-powering Gloriana, with recommendations given to supply twin Torqeedo Deep Blue 40 Saildrive motors, along with two pairs of battery packs for the vessel, which have been installed in time to meet Gloriana’s key spring programme of events.

Lord Sterling, Chairman of the Gloriana Trust, which commissioned and underwrote the building of Gloriana in 2011 as a long-term legacy for HM Queen Elizabeth II’s Diamond Jubilee in 2012 said, “Christoph Ballin and Torqeedo enjoy a very high reputation in the fast-growing electric propulsion industry both for quality and delivery of service. As a high-profile Royal vessel in use on the Thames, Gloriana’s ‘green’ credentials are even more important in these times of the increasing need to improve the environment. My colleagues look forward to working together with Torqeedo in the coming years.”

Christoph Ballin, CEO and Co-Founder of Torqeedo, said: “We are absolutely delighted to have been chosen by The Gloriana Trust to equip HM Rowbarge Gloriana with Torqeedo’s Deep Blue 40 Saildrive motors which offer the vessel steady, powerful and reliable performance, as well as protecting the environment through the use of environmentally friendly technology. It is a great honour for me and our company to be associated with Gloriana and we very much look forward to a longstanding relationship.”

Gloriana was crafted using traditional British timber. She is 90 feet long and rowed by 18 oarsmen. She flies the Royal and City standards, along with the traditional flags of the United Kingdom, and carries 16 crests representing the Realms of the Commonwealth.