The 47.5 ft. fiberglass vessels are powered by an integrated battery-electric propulsion system supplied by Torqeedo. They will augment the existing fleet of seven Torqeedo-powered electric boats introduced into service in December 2020. 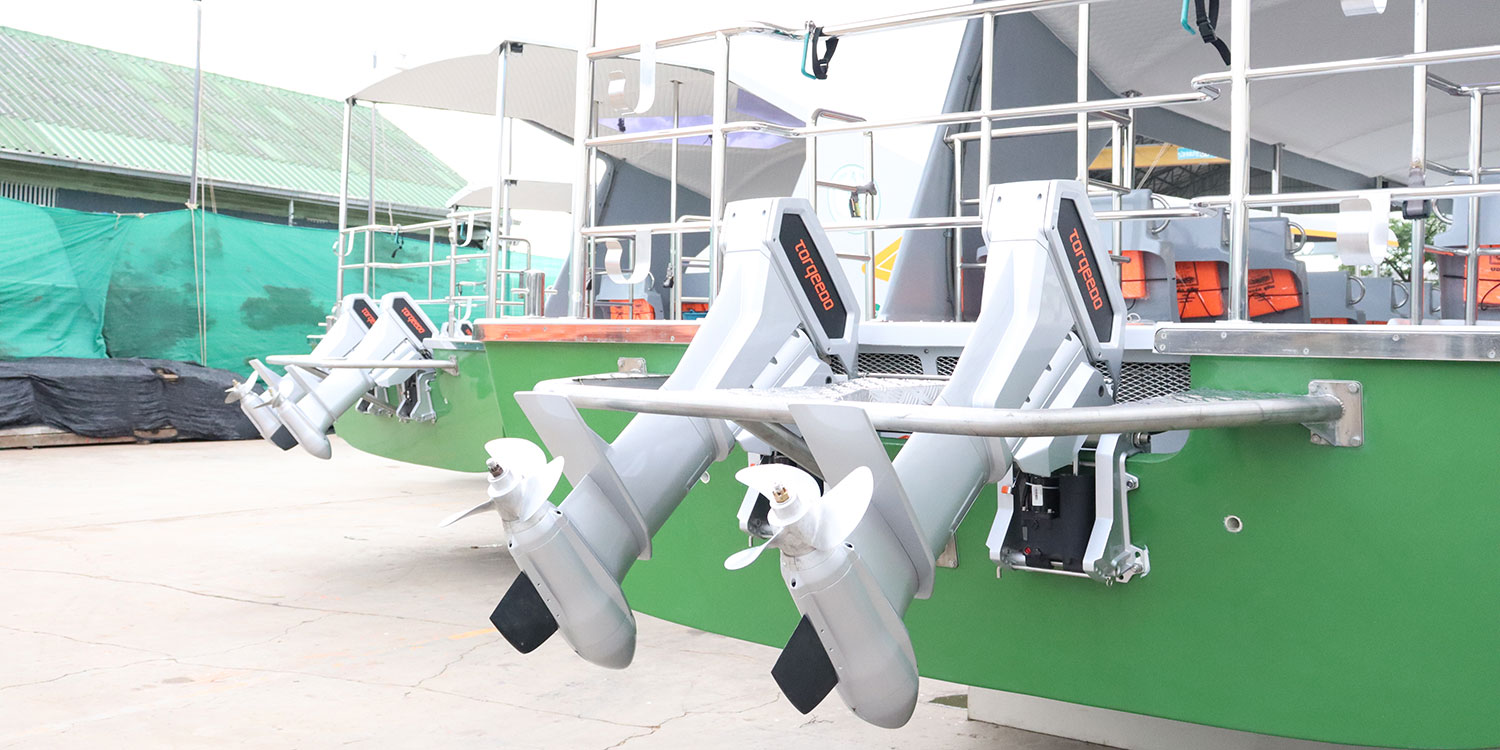 The fiberglass vessels are powered by an integrated battery-electric propulsion system supplied by Torqeedo.

MariArt Shipyard outfitted each of the vessels with twin Torqeedo Cruise 10.0 kW electric outboards, four Power 48-5000 lithium batteries and four fast chargers, replacing the original diesel outboards. With a capacity of 30 passengers each, the electric vessels will enable the BMA to extend its daily commuter service to the inner-city. A portion of the fleet will operate in urban waterways connecting the Chao Praya river to Prachinburi province via a 72-km canal which passes through 21 districts.

“With the expansion of the fleet of electric ferries, Bangkok is well on its way to achieving the ambitious goal of becoming the Electric Transportation Capital of Asia,” said Joe MacDonald, Torqeedo Asia Pacific Ltd.’s sales manager. “The electric commuter ferries will be part of an interconnected electrified transportation network that also includes electric buses, monorail train and the conversion of hundreds of Bangkok’s iconic three-wheeled tuk-tuk taxis.”

Bangkok’s goal is to convert at least 30 percent of its transportation system to electric by 2035, according to MacDonald.

“Thailand is making impressive strides toward easing traffic congestion by moving commuters from the roadways onto the waterways and at the same time dramatically reducing air pollution,” said Dr. Michael Rummel, managing director of Torqeedo. “Bangkok is joining the growing number of major urban centers around the globe that are harnessing electromobility technology to combat global warming.”

To Antarctica and back without fossil fuels

A new state of flow