Frauscher Boats is one of the pioneers of electromobility on water, and they’ve been building elegant and powerful motorboats in Austria for almost 100 years. Their close cooperation with Torqeedo has resulted in some of the world’s most desirable electric boats.

There is a direct link between Austria’s Lake Traunsee and Lake Starnberg in Bavaria. Back in 2005, when Torqeedo launched their first electric outboard, engineers at the Frauscher shipyard were observing the developments of Torqeedo's engineers – and vice versa. Michael and Stefan Frauscher, the managing directors of the legendary boatyard, were in close contact with the Torqeedo management. “At that time, Torqeedo did not yet offer a suitable product for our high-performance models,” says Florian Helmberger, Head of Sales and Marketing at Frauscher. But it was only a matter of time before a direct collaboration began between Frauscher and Torqeedo, which is now the world market leader in the field of electric mobility on water.

Quantum leap thanks to Deep Blue

Founded in 1927, Frauscher is one of the pioneers in the electric boat segment. In 1955, they built their first wooden boats with electric motors. In the 1970s, combustion engines were banned for privately owned boats on many lakes in Austria and other countries of Europe, and the company further expanded their output of electric boats. Today, Frauscher has sold over 3,000 electric boats.

The Frauscher Shipyard in Austria. Credit: The Boat Show

In 2015, Torqeedo launched the first Deep Blue inboards – products that perfectly matched Frauscher's powerful and elegant boats. Torqeedo drives are available in a whole range of Frauscher boats, for example in the sleek 650 Alassio, which is now one of Europe’s best-selling electric boats.

The Frauscher 650 Alassio is now one of Europe’s best-selling electric boats.

The latest collaboration was for the 740 Mirage Air. With its dynamic lines and frameless, tinted windscreens, it combines all the design elements for which Frauscher is famous around the world. The 740 Mirage Air is equipped with Deep Blue inboards from Torqeedo, which offer either 50 kW or 100 kW of power. One or two 40 kWh Deep Blue i3 batteries deliver more than enough power for extended cruises. Helmberger explains the decision for the Deep Blue propulsion systems: "The Mirage has an aggressive design so it is important that the sportiness promised by the design is matched by the performance of the propulsion system."

Frauscher's ability to offer an electric version of such a large, high-performance boat is due to decades of experience – and to close collaboration with Torqeedo. "When you build an electric boat, you have to have a fundamental rethink," says Helmberger. For example, a purely electric boat has a smaller and lighter motor. And unlike a combustion engine, the propulsion system does not have to be installed at the very back of the boat. This opens up new possibilities for designers. One good example is the 650 Alassio. In the stern area it has a sunbathing area and a bathing platform that is only 15 cm above the waterline, sheltered from the wind, and close to the cool water. "This would not be possible with a combustion engine because the shoring height would be too low," says Helmberger. But the electric motor can also be installed at the front underneath the cockpit, which increases passenger comfort. 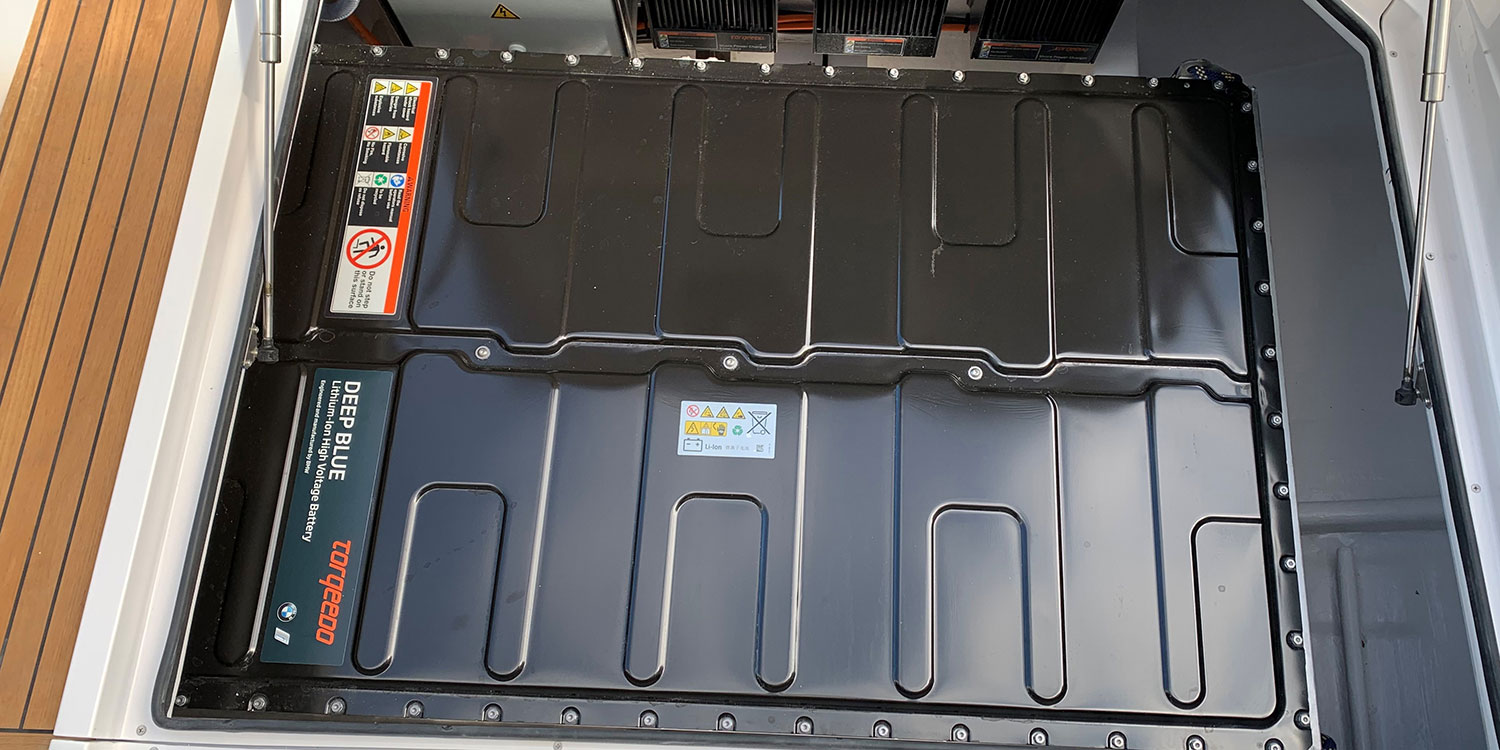 The Frauscher Mirage Air 740 is powered by one or two Deep Blue i3 batteries delivering enough energy even for long tours.

Florian Helmberger explains: "We have customers who ask us if they can order the 650 Alassio with a combustion engine. But that is simply not possible.” Why should we take a step back instead of moving forward?

Family-like relationship with customers and partners

Frauscher's success story is due to the fact that, as a family business, it can operate differently from a large corporate manufacturer. The focus is not on the next quarterly results, but on the values that made the company great in the first place: highest quality products, continuity in the company management, and family-like relationships with customers and suppliers. "As a matter of principle, we build our partnerships with an eye to the long term," says Helmberger. If a customer has a problem with his boat in a few years, he must have competent support available as soon as possible. So Torqeedo's safety and reliability are also essential reasons for the close collaboration: "There are other players who could supply drives with similarly high kW numbers," says Helmberger. "But Torqeedo is the only supplier who treats the subject of safety with the seriousness we require," he points out. At Torqeedo all components are designed to be watertight and shock-resistant, and the highest industry standards are observed throughout the entire production process. 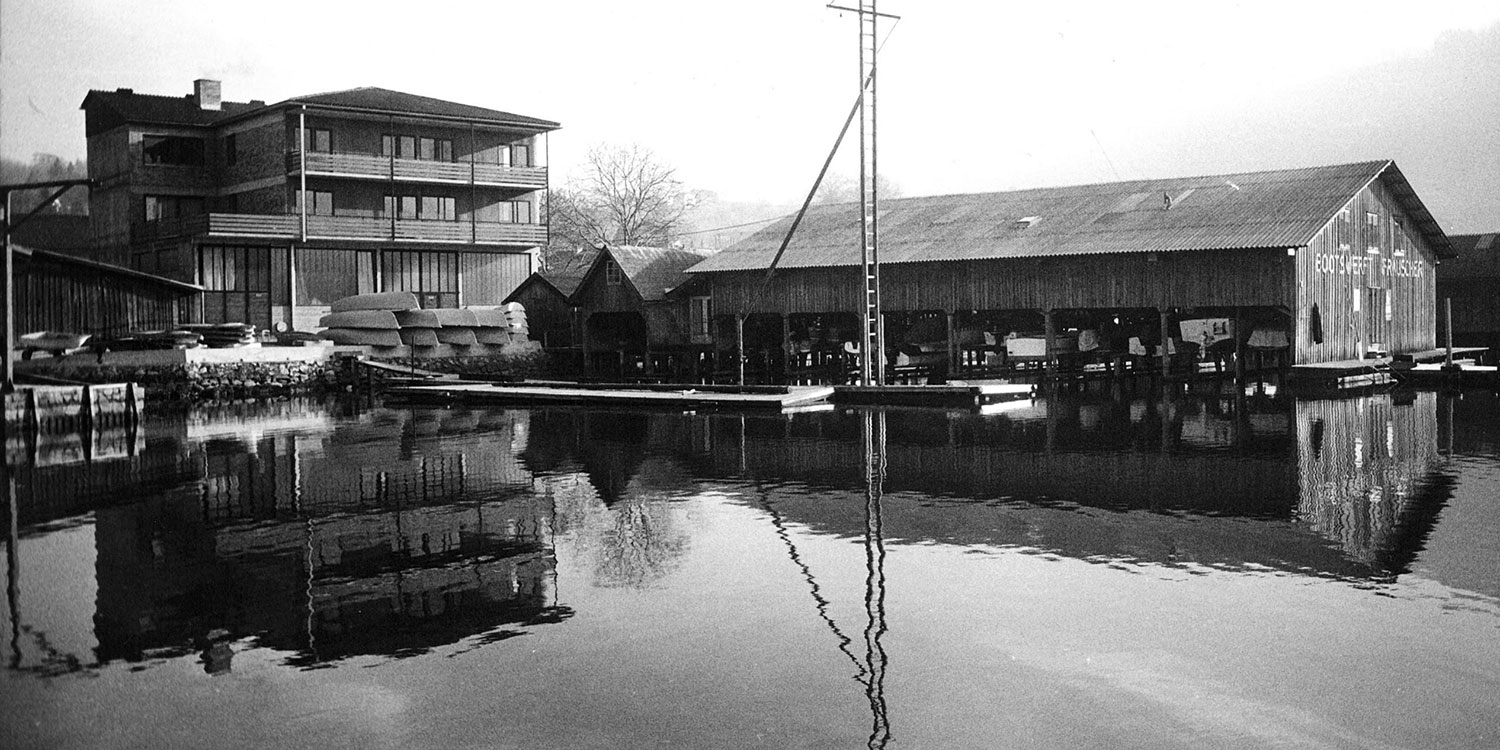 Founded in 1927, Frauscher is one of the pioneers in the electric boat segment. Credit: Frauscher

Frauscher and Torqeedo are still in close contact, with their engineers regularly sitting round a table and working together to improve a boat's performance or solve a problem. Just one example will suffice. Although one particular customer was satisfied with the final speed of his electric boat, he wanted more acceleration to pull up a water skier. So Frauscher and Torqeedo developed a boost mode that supplies the Deep Blue 100i system of the 740 Mirage with more power for a short time. In this and similar ways Torqeedo is continuously improving its product range and adapting it to customer requirements. But the reverse is also true. "There is a project that I cannot yet talk about," says Helmberger. He will only reveal this much – the inspiration came from Torqeedo because this time things were the other way around: Torqeedo had a new product, but Frauscher did not yet have a suitable boat for it. "The hull shape is very unconventional," says Helmberger. "Some customers might even say: Spectacular!" The new design will be presented at Boot Düsseldorf in January 2021.