T. Smallridge
Events
› Back to overview 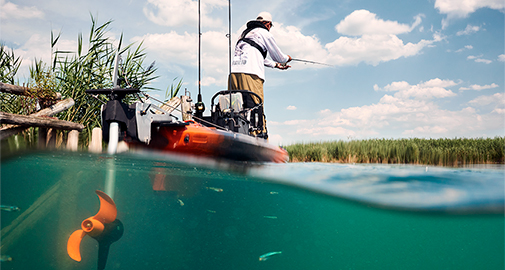 Kayak fishing is one of the fastest-growing outdoor sports, boasting an 18% increase in participation last year and 35% growth over the past 5 years.

Professional angler Ron Champion of Richmond Hill, Georgia, has qualified for all three events in 2019. Champion remarked, “Having the chance to represent your country in anything in life is a prestigious honor. I was fortunate enough to compete in 2016 at the Hobie Fishing Worlds 6 and winning the Mike Iaconelli Celebrity Pro-Am in New Jersey last year gained me a spot on Team USA at the Hobie Fishing Worlds 8. Qualifying for the upcoming National Championship meant traveling across the country to fishing tournaments in 14 different states. Being selected to compete in the inaugural Pan-American Bass Kayak Championship is a great honor and I`m very excited for Team USA. I could not do this without the support of my family and sponsors. I look forward to competition and fellowship with many friends from across the world at these upcoming events.”

Matthew Vann commented, “My first trip to the Hobie Fishing Worlds 6 in 2016 was a life-changing experience. Since then, returning to the Worlds is my primary goal at the start of every season." Vann was named the Inshore Fishing Association's National Angler of the Year back-to-back in 2017 and 2018 which resulted in his qualification and invitation to compete in this year's Hobie Fishing Worlds 8. Vann will also compete in the 2019 Kayak Bass Fishing National Championship.

Members of Team Torqeedo are not only highly regarded anglers, they are selected to participate because they exemplify a true love for the sport, for competition and for sharing the joy of kayak fishing.

Vann explained, "I enjoy the adventure, challenge, and simplicity of kayak fishing. I love the sport and take great pleasure in sharing my passion and knowledge with other kayak anglers. My favorite days are when the water is clear, the bait is plentiful, the drags are screaming and the adrenaline is rushing. I enjoy tournament fishing and landing trophy fish but would have to say my greatest accomplishments are consistently helping others catch the fish of their dreams. There really is nothing like the feeling of someone telling you 'this has been the best day ever!'”

Torqeedo is the market leader for electric mobility on the water. Founded in 2005 in Starnberg, the company develops and manufactures electric and hybrid drives from 0.5 to 100 kW for commercial applications and recreational use. Torqeedo products are characterized by an uncompromising high-tech focus, maximum efficiency and complete system integration. Torqeedo is part of the DEUTZ Group, one of the world's leading independent suppliers of diesel and natural gas engines.  › www.torqeedo.com