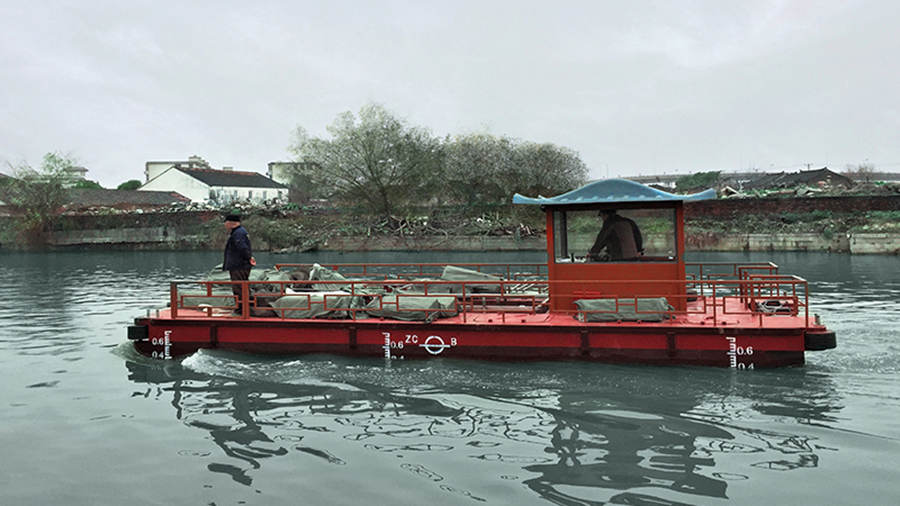 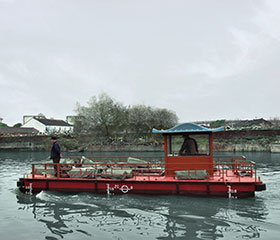 Gilching, Germany – April 3, 2018 - The City of Suzhou in eastern China has deployed a fleet of electric workboats powered by Torqeedo motors as part of a program to clean up its canals and waterways.

The ancient city of Suzhou, located in Jiangsu Province near Shanghai, is home to more than 10 million people. Often called the “Venice of the East” the 2,500 year old city is noted for its many canals, rivers, lakes, ancient stone bridges, pagodas and gardens. Suzhou Creek, which flows through the city to Shanghai, was at one time said to be the most contaminated waterway in China, filled with sewage and garbage. Over the past decade, the river has undergone a major transformation and is an acclaimed environmental success story.

As part of the clean-up program, the Suzhou River Management Administration commissioned the construction of 177 vessels designed specifically to remove floating debris from the water. The administration specified electric-powered boats for the project because of their environmentally friendly footprint, and after a competitive evaluation the builder selected Torqeedo as the supplier of electric motors for the boats.

Torqeedo has now completed outfitting the entire fleet, which includes 18 nine-meter steel catamarans with twin Cruise 4.0 outboards, 22 seven-meter steel catamarans with twin Cruise 2.0 outboards and 137 five/six-meter wooden boats with Cruise 2.0 outboards. The boats were designed and built by China Ship Scientific Research Center. They are owned by the Suzhou River Management Administration and operated by private contractors. The vessels use specially designed equipment to scoop up and capture floating items in the water.

“This successful large-scale deployment of our proven Cruise-series electric outboards is an important validation of Torqeedo’s clean, green technology,” said Christoph Ballin, CEO of Torqeedo. “China is taking environmental cleanup seriously and is at the forefront of adopting electric propulsion to reduce air and water pollution,” Ballin added.

Torqeedo is the market leader for electric mobility on the water. Founded in 2005 in Starnberg, the company develops and manufactures electric and hybrid drives from 0.5 to 100 kW for commercial applications and recreational use. Torqeedo products are characterized by an uncompromising high-tech focus, maximum efficiency and complete system integration. Torqeedo is part of the DEUTZ Group, one of the world's leading independent suppliers of diesel and natural gas engines. www.torqeedo.com